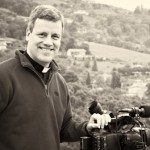 Fr. John Wykes, OMV, was ordained in 1998.  He currently lives and works in Rome as the OMVs International Director of Communications.  His pastoral experience includes campus ministry, hospital chaplaincy, parish work, many years at Saint Francis Chapel in Boston’s Prudential Center, and formation ministry.  His media experience includes filmmaking and event videography for forty years as well as desktop publishing, website content management, and teaching film production and theory to people of all ages.  In addition to his degrees in Philosophy and Theology (MA, MDiv), Fr. John holds a BA in Journalism with a minor in Film from Wayne State University in Detroit and a Masters in Digital Media from Boston’s Northeastern University.  He is the co-producer, director, editor, narrator (English-language version), writer, color corrector, and sound mixer of Nunc Coepi. 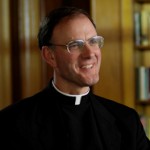 Fr. Tim Gallagher, OMV is co-producer of the film Nunc Coepi and appears in the film as one of the foremost experts on the life of Venerable Bruno Lanteri.  He was ordained in 1979 as a member of the Oblates of the Virgin Mary and obtained his doctorate in 1983 from the Gregorian University. He has taught (St. John’s Seminary, Brighton, MA; Our Lady of Grace Seminary Residence, Boston, MA), assisted in formation work for twelve years, and served two terms as provincial in his own community. He has dedicated many years to an extensive international ministry of retreats, spiritual direction, and teaching about the spiritual life. Fr. Gallagher is the author of seven books on the spiritual teaching of St. Ignatius of Loyola, a biography of Venerable Bruno Lanteri called “Begin Again,” and a book on the Liturgy of the Hours. He is a frequent speaker on EWTN and his digitally-recorded talks are utilized internationally. He currently holds the St. Ignatius Chair for Spiritual Formation at St. John Vianney Theological Seminary in Denver. 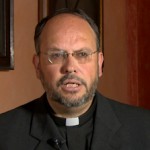 Fr. Andrea Brustolon, OMV is from Milan, Italy and claims an authentic Italian and Swiss German ancestry.  He studied at the Angelicum in Rome and was ordained a priest in 1987. Later he received both his Licentiate and his Doctorate in Ecclesiastical History from Rome’s Pontifical Gregorian University.   As an active member of the Oblates of the Virgin Mary, Fr. Andrea is well-known for his pastoral ministry and his expertise on the history of the early Oblates.  He has compiled and carefully edited numerous books and essays on Lanterian spirituality, the history of the OMVs, and the history of Burma, and has for over ten years led numerous international groups of Oblates on historical tours of Piedmont and the sites of the Founder.  His pastoral ministry has been active and varied, including work with various Catholic groups, retreat ministry, and work with the sick and the poor.  Fr. Andrea provides valuable commentary for the film “Nunc Coepi,” often giving important details on the life of Lanteri and the history of 19th Century Italian Catholicism. 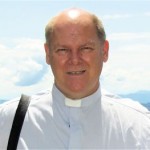 Fr. Yves Morin, OMV was born in Québec City in Canada, the first of 5 children. He was introduced to the Oblates of the Virgin Mary through the Jesuits and was ordained by St. John Paul II in 1985.  During his thirty years of priesthood, Fr. Yves has ministered in Nice, France; Fontenay aux Roses, France; Montreal, Canada, and many places in Italy including Foligno, Pantelleria, Pinerolo, Teramo and San Vittorino.  Fr. Yves is production coordinator of the film Nunc Coepi and also appears in the film as one who comments on his own personal experience of visiting the sites of our Founder.   A skilled photographer in his own right, he provided the images used in the book “Begin Again” and provides both behind-the-scenes photography and some time-lapse shots for “Nunc Coepi.” 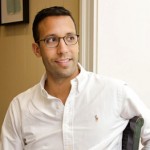 Alex Peacher grew up in Georgetown, Texas, and graduated from the University of Dallas with a BA in Printmaking.  He moved to Boston in 2008 to work as a TV graphic designer for the local NBC affiliate. It wasn’t long before he followed his passion for filmmaking, earning his MFA in the Visual and Media Arts program at the prestigious Emerson College in 2012.  Alex has done extensive freelance photography for a number of years.  He is the cinematographer for the film “Nunc Coepi,” working closely with the director and using his expertise to create beautiful images.  He is now the Creative Director for Central Rock Gym in the Boston area, creating videos and photographic content. 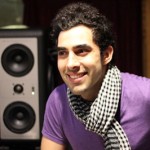 Alejandro Ramirez Cisneros, also known as Jandro Cisneros, is an internationally-known film composer, audio engineer, producer, filmmaker, photographer, and motivational public speaker from Monterrey, Mexico.  Before he moved to Boston, USA to study Film Scoring and Music Production & Engineering at the prestigious Berklee College of Music, he completed, in Mexico, a degree in Mass Communication with a major in Film, TV, and Radio from the Tecnológico de Monterrey University and also earned his degree in Classical Guitar Performance from the Escuela Superior de Musica y Danza de Monterrey.  He created and hosted a radio show called ‘The Lighthouse of Heaven’ which ran for eight years, eventually bringing the show to the BIRN, the Berklee Internet Radio Network.  Alejandro also gained experience in television by working as cameraman, switcher, TV production assistant, reporter, and music composer for the TV shows “Studio” & “Opción Múltiple”, for the Mexican TV network Televisa Monterrey, composing the music for both shows.  Recently he scored the music for “Cachorro”, a documentary and official selection at the Eco Film Festival 2016 He also scored two documentaries directed by Fr. John Wykes, OMV – “Shot by Shot – The Magic of Moviemaking (2012) and “Nunc Coepi – The Life of Venerable Bruno Lanteri”, (2016).  Jandro Cisneros is also the Founder and CEO of The Pillars Productions, LLC, a production company created with the mission of producing uplifting media content, both for visual media and audio.