Describing the spiritual characteristics of the Venerable Bruno Lanteri, we place ourselves at the heart of his whole person, of the motivation and energy which led him to the accomplishments for which he is known as a founder of a religious institute and a figure in the history of spirituality.  All of the writings published in this volume, those directly of a spiritual nature and those of a more pastoral nature as well, are born from this center.  We will outline briefly the influences which shaped his personal spiritual formation, the essential foci of his spirituality, his own spiritual traits and, finally, the characteristics of the spirituality he imparted to others in spiritual direction. 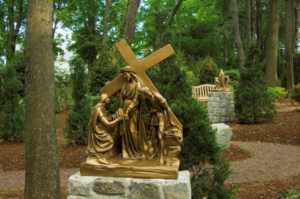 At the heart of this entire spiritual experience is joy, a spiritual joy which Lanteri experiences and shares with all whom he can reach. The human heart fills with gratitude in knowing that we can “live in society with, and indeed aspire to union on this earth with a God so great and so good.” It tastes this joy too in the perspective of final and full union with God, “mindful of having a heavenly Father and a celestial homeland” (Un’esperienza, 121-122).  It knows by its own experience that “only the fullness of being, of intelligence, and of love in the infinite Unity and in the ineffable Trinity of God can fill and satisfy its immense capacity” (ibid, 129-130), and Lanteri himself speaks of “the union with my gentle Jesus for which I long” as the years of his earthly life draw to a close (Carteggio, II, 322).

The Church, in declaring Bruno Lanteri Venerable, recognized the heroism of his virtue.  Clearly, this was a man of God, deeply united to God himself and a powerfully effective channel of God’s grace for the numberless people he touched personally or through the many priests and laity he formed.  The writings published in this volume bear ample witness to his lifelong dedication to the things of the spirit.

Of the intimate spiritual writings conserved most are proposals, often written in the context of annual spiritual exercises.  Others are found in notebooks used for the purpose of occasional spiritual jottings. 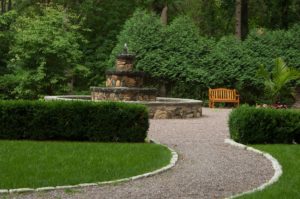 Occasionally, notably in the case of his Spiritual Directory, these are compiled more formally into larger documents.  Only very occasionally are we given texts which reveal his personal spiritual experience.  Yet when these writings are taken together and read in the light of the personal witness of those who knew him closely, a clear spiritual portrait appears: a fascinating spiritual personality, a man who speaks to our times today and who draws us toward the God he loves.